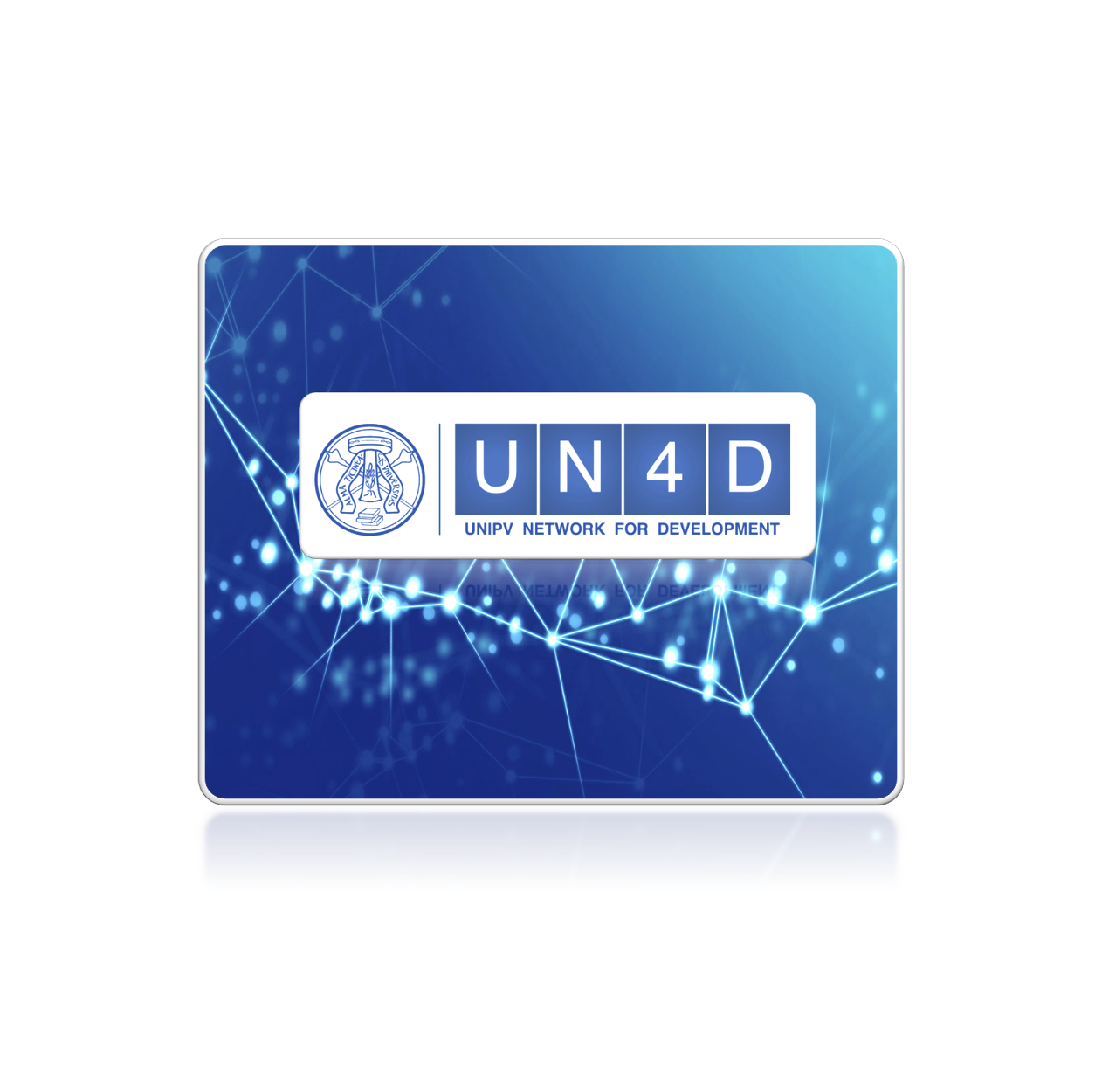 IMPORTANT: For online donations, we employ the new payment method PagoPA. If you want to donate please go to the section:
PagoPA – Donations for: #UN4D: UniPV Network for Development

Remember:
When making the donation, enter your e-mail address in the “reason for paying” field in order to receive the code with which you can go to the UniPV Shop-UP and collect the solidarity gifts.
For more information on gifts, view the flyer in the Image Gallery

Should you need any help with your donation do not hesitate to contact GLOBEC – Center for Global Strategic Engagement, Silvio Fugazza, e-mail: silvio.fugazza@unipv.it – Tel: +0382984972

The entire Pavia University community actively participates in the Network for international cooperation and sustainable development.
UN4D plans and implements integrated awareness and fundraising actions, promoting campaigns in support of specific international cooperation projects.
The Campaigns have both the purpose of supporting the project activities and to raise the community awareness on sustainable development.

Support the arrival at the University of Pavia of a “Scholar at risk” within the S.A.R.
Scholars at Risk is an international network, born in 1999 at the University of Chicago, of universities whose mission is to protect and promote academic freedom.
In 2001 SAR became a partner of the Scholar Rescue Fund, which provides financial support to scholars facing serious threats to escape dangerous conditions and continue their academic work safely.
In 2003, the network headquarters moved from the University of Chicago to the New York University (NYU) campus.
In 2005, SAR organized “national sections” around the world, building a global community committed to helping scholars and promoting academic freedom everywhere.
SAR sections have been established in the UK (2006), the Netherlands, Ireland (2009), Norway (2011), Canada (2012), Switzerland (2015) and Sweden (2016).

Organize temporary academic positions at member universities and colleges. Scholars at Risk offers protection to scholars facing serious threats, so scholars’ ideas are not lost and they can continue to work until conditions improve and they are able to return to their home countries.
Scholar candidates send the application to SAR, which verifies its eligibility for protection and is circulated to network members via private mailing lists. Network members always maintain final selection authority on whether to invite a candidate and which candidates to consider. The visits range from 3 months to 2 years, with an average visit lasting one academic year (9-12 months). During the visits, scholars can teach, do research, depending on the needs of the host institution and the terms established for the visit.
SAR asks host institutions to identify funding to support the visit.
Leads the Academic Freedom Monitoring Project, a group of volunteer researchers documenting attacks on academic freedom of expression in specific countries or regions. In 2015, the “Free to think” report was published which analyzed 333 attacks in 65 countries from 2011 to 2015.
It supports the Student Advocacy Seminar, thanks to which the SAR offers university students the opportunity to develop research and defense of human rights activities through direct engagement in favor of threatened members.
It organizes the SAR Global Congress which was held in Chicago, New York, San Francisco, Vilnius, Amsterdam and Montreal.
They organize Action Campains on behalf of scholars and students under threat – such as those who suffer legal action on improper or false or unfairly imprisoned charges – as well as against widespread threats to an entire faculty, university or system.
It organizes the SAR Speakers Series, where SAR scholars visit a member institution discussing both their academic work and the threats experienced in the country of origin. A visit can include a conference, workshop, informal seminar, or some combination of these and can last from a few hours to one or more days. The institution is asked to pay all travel expenses and a fee, which is an important means of supplementing the scholar’s income.