Funding Successful. This project reached its goal before 31/07/2019. 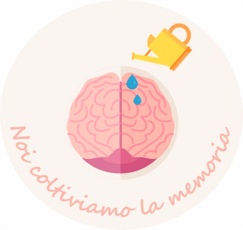 In recent years, the Laboratory of Neurobiology and Integrated Physiology of the University of Pavia, led by Professor Paola Rossi, in collaboration with Dr. Federico Brandalise of the Center for Learning and Memory of the University of Austin in Texas, is busy with the study of memory. Starting from the cells of central nervous system, neurons, it was possible to understanding the behavior of the animal and, in particular, the study of cognitive memory-related performance.

The cellular bases of learning and memory phenomena have been studiedin situ in hippocampus and cerebellum neuronal networks. Memory in neuronal circuits is expressed through plastic changes of neuronal communication, that cause a more efficient transmission of recollection’s information in the neuronal network. In parallel, the tuning of the test of memory on experimental animals made it possible to evaluate the effects of plastic changes, induced in the neuronal network, on the cognitive ability of the animal.
Collaboration with Laboratories of Prof. Rosanna Nano and Prof. EnricaCapelli’s will allow us to expand the research already started to study the details of cellular mechanisms involved in memory processes, focusing the interest on molecular and epigenetic changes, that are able to influence our ability to remember. In particular, the two research strands, which will be undertaken, will be, on the one hand, the study of growth factors effects on memory, such as NGF (nerve growth factor) and BDNF (brain derived growth factor) and, on the other, the study of changes that affect our phenotype without altering our genotype. In the latter case, thanks to epigenetic, the effects of the environment on gene expression of genes related to memory will be studied.

The peculiarity of an integrated approach and the possibility of studying memory at the genetic, cellular, neural and behavioral levels make this research particularly promising both in terms of “healthy aging” and in the potential for relapsing neurodegenerative pathologies such as Alzheimer’s, Parkinson’s, and dementia.

This crowdfunding will allow us to study memory, aging and cognitive functions in mouse, without the use of invasive methods and using the latest generation technologies. We will also investigate how two diets, one high in sugar and one antioxidant, affect cognitive function and aging.

Copy of the scientific work deriving from the project

Citation in the thanks for the scientific work deriving from the project, if permitted by the editorial standards

Dott.
Intern at university’s laboratory of “Integrated system’s physiology” and candidate for a Master’s degree in “Neurobiology” at University of Pavia Complete CV
Visualizza CV